Most genealogy researchers run across illegitimacy at some point in their research.  Friends often ask me if it is possible to prove an illegitimate ancestor’s parents.

Bastardy bonds and apprentice bonds  (from the colonial era up through 1913) are useful in determining one or both parents of an illegitimate child. Bastardy bonds are against the mother so you need to know the mother’s name., The father is sometimes named in these bonds if the mother is willing to name him. Apprentice bonds are also helpful.  If your ancestor was apprenticed as a child (and this could be done at a very young age) the bond often will list the parent’s child.  For example, Dulaney Swinney was apprenticed to Atkin McLemore in Granville County, NC in 1756. Dulaney was noted to be the son of Moses Swinney.  If the child’s named parent is the mother, then the child may have been born out or wedlock.  Checking the bastardy bonds would be beneficial.

The use of DNA to further genealogical research will certainly help in determining your ancestral line.  While DNA is not a paternity test and will not tell you who the father of your ancestor was, DNA can tell you what family surname you match, thus giving you  new avenues of research.

If the child born out-of-wedlock is acknowledged by the family, then oral history is likely accurate in naming the parent(s).  In the case of Bruce Douglas below, Bruce was well-known in the Howard family and an accepted son of Allen Suggs Howard.

Sometimes it just comes down to luck. Continuing with the example above, Bruce’s father was known, but his mother was not. A “new” Howard cousin came across my blog and found an earlier post I had written on Bruce Douglas.  My “new” cousin sent me a copy of a  letter written by Bruce Douglas journaling his own history as a child. Up to this point no one (at least on our side of the family) knew who his mother was.  She has now been identified as Mary Dorcas Douglas who later married William Bradley.  Without Bruce’s own words and my cousin’s generosity in sharing the letter, I doubt the I would have ever learned Bruce’s mother’s name.

“This is a letter history of the ______ Bruce Douglas by any one ever heard of him. He was born 1880 July 11 near BroadwayNC. My mother maried a man by the name of Bradley and left me with my Uncle and Aunt by the name of Roe Douglas and Aunt Bug Douglas. I dont remember ever seeing my mother. They my Uncle and Aunt brought me to Georgia in a covered wagon drawn by 2 mules. They went back to NC and I stayed on here. I am now 88 years old and have good health for my age. About 2 years ago I sold my Clynch County land 10150 acres for $1,300 000.00. I married Miss Lula Mizell of WoodbineGA in 1905. We had six children. The 1st boy died as an infant. I have 3 boys and 2 girls living. The youngest is 50 years old. My wife died December 26, 1959. I am in good health. I Hunt and fish. My mother lived and died near a place called Ridgeway SC. She died in 1924. I would have given any thing to of seen her. I never herd of her till after she had passed away. God Mary yes on September 2 – 1968 I placed on her grave tomb stone and slab. All so placed one on her husbands grave.” 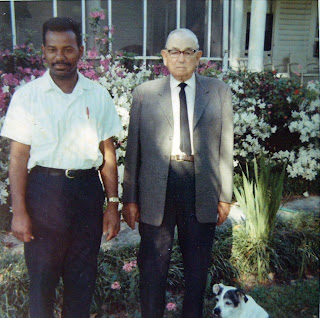 7 Steps To Your Cemetery Research

Your Step by Step Guide